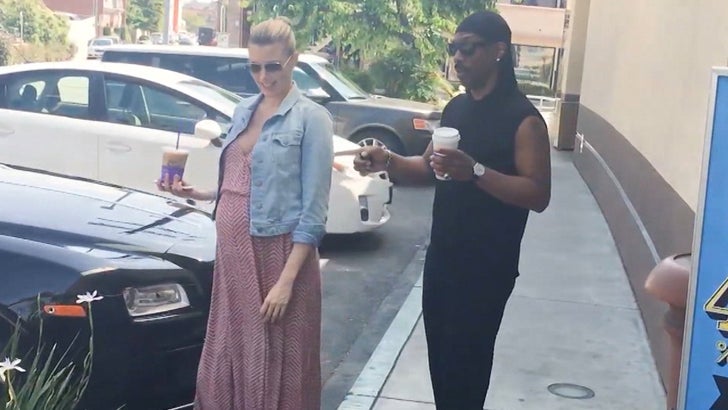 Eddie Murphy should just get used to it ... chicks are gonna own him for years and years to come -- 'cause he's having yet ANOTHER female child.

This will be baby #9 for Eddie -- and daughter #6! That's a lot of weddings to pay for, but based on the sweet Rolls-Royce he and Paige were getting into ... Ed's gonna be just fine.

And speaking of future earnings, he broke some news there too. But it's a joke. It's gotta be a joke.