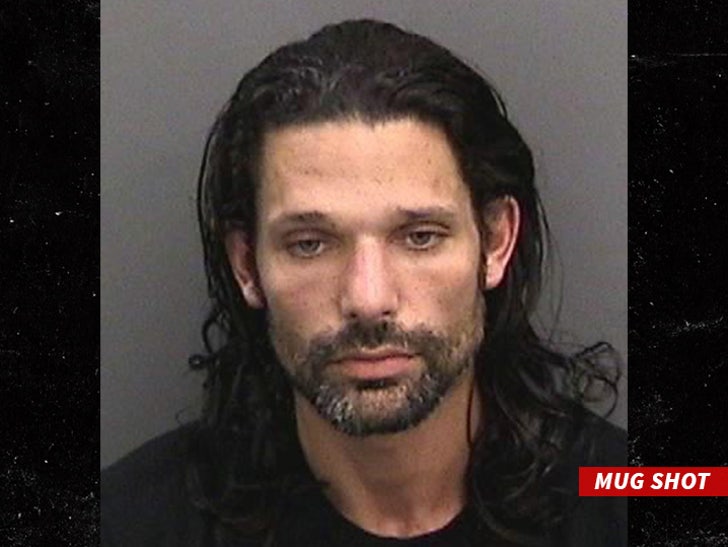 12:39 PM PT -- Rose has now been suspended indefinitely by the WWE, according to our friends at ProWrestlingSheet.

A WWE rep told the site, "WWE has zero tolerance for matters involving domestic violence, and per our policy, Raymond Leppan has been suspended indefinitely following his arrest."

WWE superstar Adam Rose got busted for domestic violence after allegedly grabbing his wife by her face during an argument.

According to the Hillsborough County Sheriff's Office, Rose was arrested at 1:30 AM Wednesday in his Florida home. Rose grabbed Cassandra Leppan and pulled her toward him as he screamed at her, according to the report.

The docs list the reason for the argument as "marital problems."

Cassandra called 911, but according to the report Adam ripped the phone away from her -- which is why he was booked for felony tampering with a witness, as well as domestic violence.

He's being held without bail until his arraignment.

Rose's arrest comes on the heels of the WWE handing him a 60-day drug suspension.