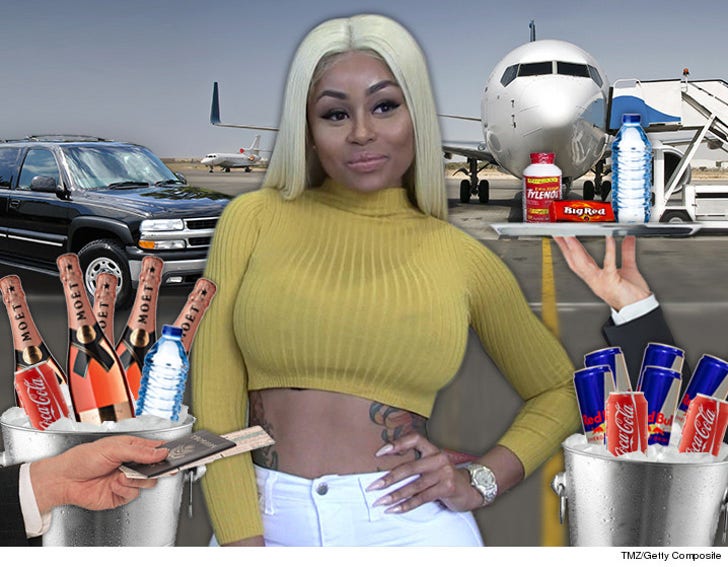 Blac Chyna's life on the road isn't slowing down for pregnancy ... at least based on her rider, which is filled with booze and other non-mommy to be friendly items.

Blac Chyna hosted at Bronx strip club Sin City Cabaret Wednesday night and, according to the rider, which TMZ obtained ... BC's demanding 3 Red Bulls, 1 bottle of Tylenol, a pack of Big Red gum and a bottle of Moet Nectar Rose -- all for her hotel room.

The Red Bull's obviously a no-no for Chyna since it's jacked with caffeine. Research suggests Tylenol is also bad for pregnant women -- and the champagne's an obvious red flag.

Since her fiance Rob Kardashian's usually on the road with her, we're guessing most of the stuff is for him and/or their entourage.

On the other hand, travel arrangements are perfect for BC's baby bump: first class flight, greeter service at the airport and large SUVs only for transport. 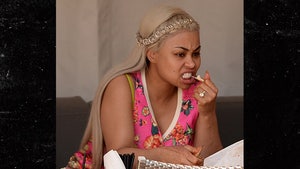 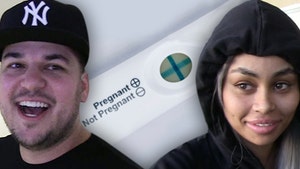