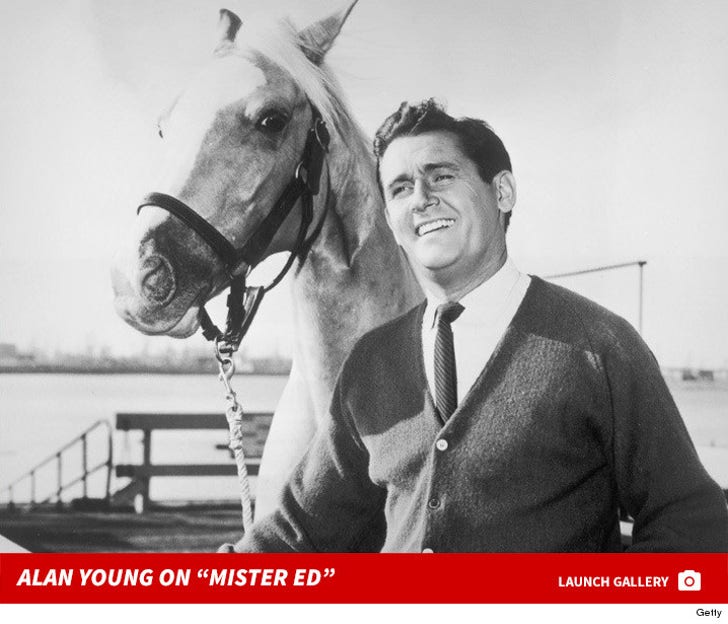 Alan Young, the actor who played Wilbur on "Mister Ed" ... has died.

As you know, Mr. Ed would only speak to Wilbur, and they kept their secret throughout the run of the series. As you know, no one can talk to a horse, of course, that is, of course, unless the horse is the famous Mr. Ed.

Young was also the voice of Scrooge McDuck from "DuckTales."