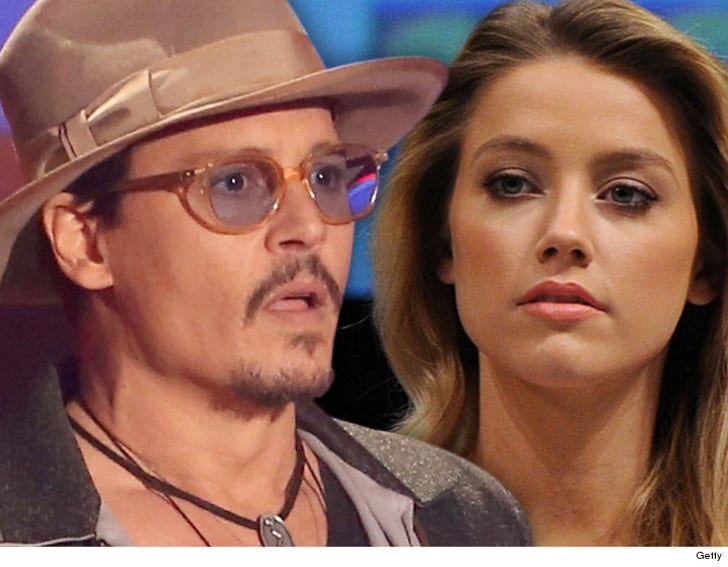 Johnny Depp kicked Amber Heard and repeatedly attacked her as far back as 2014, and his assistant begged Amber to forgive him ... according to text messages sent between them and posted by ET.

Depp's assistant, Stephen Deuters, purportedly texted Amber in 2014 to say, "He was appalled. When I told him he kicked you, he cried. It was disgusting. And he knows it."

ET's report says Amber responded, "He's done this many times before ... And I always stay." 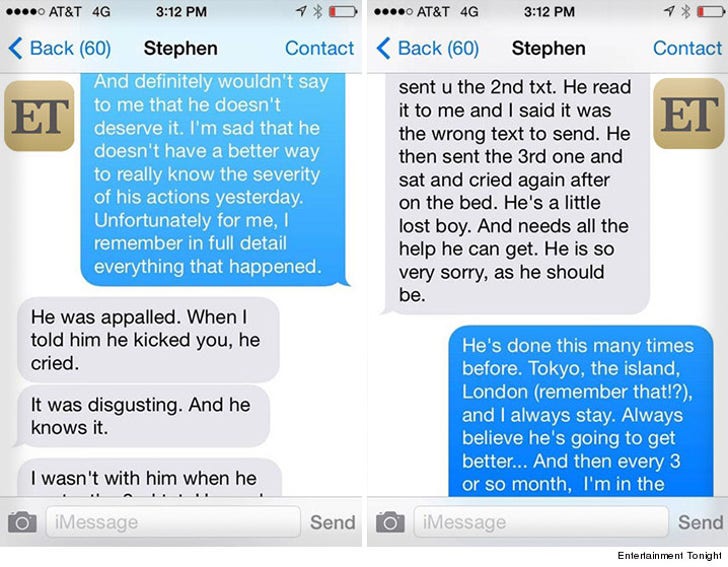 Depp and Heard started dating in 2012, and the exchange makes it seem like Johnny was seriously out of it at the time of the alleged attacks. Both Amber and Deuters refer to Johnny as not knowing "the severity of his actions."

Depp's reps have not responded to the report.