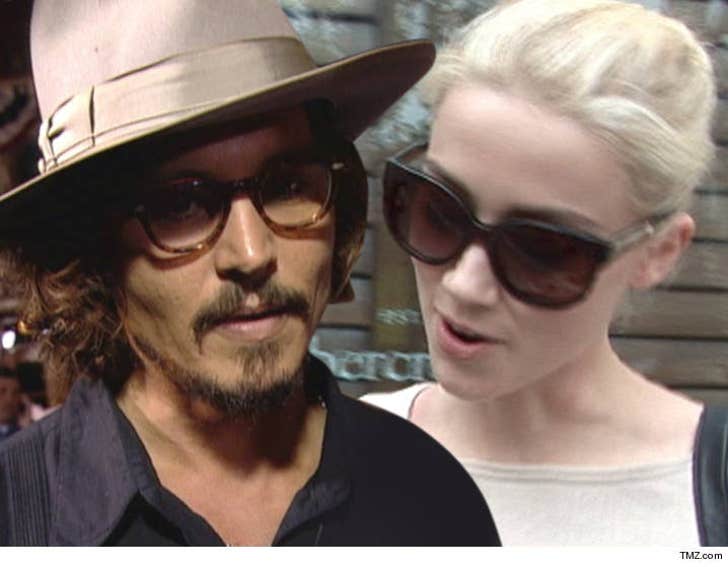 10:30 AM PT -- Lawyers for Amber and Johnny are in court, and her lawyer, Samantha Spector, asked the judge to push back the June 17th hearing because she needs more time to prepare. Depp's lawyer, Laura Wasser, fired back the longer this drags on the more it damages her client's career.

Amber wasn't in court ... she's out of town celebrating the engagement of her best friend and witness, Raquel Pennington.

Amber Heard and her lawyers are spending countless hours trashing Johnny Depp in the media, but they're so scared that Amber might ruin her case under oath they're dodging her deposition ... so claims Johnny Depp's lawyer.

Wasser says just 4 days ago they had planned to have the settlement conference June 10, but that fell apart so Wasser wanted to use the day to take Amber's depo. Wasser says Amber's lawyer suddenly claimed she was not available so the depo couldn't go forward.

Bottom line ... Wasser thinks Amber and Raquel are BSing about not being available ... and if they won't sit for a deposition they should not be allowed to testify at next week's trial.

And there's this shot ... Wasser says, "[Amber] has tried her claims in the media. It is now time to do so in a court of law."