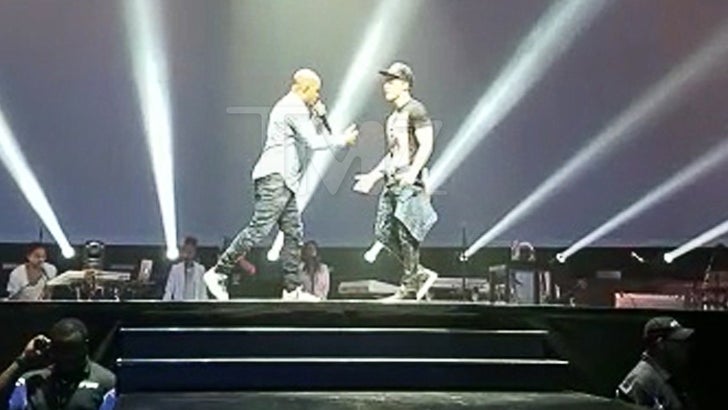 Nick Jonas is no bitch ... fearlessly accepting a direct challenge from T.I.

Nick and Demi Lovato's tour made a Wednesday night stop in the ATL. That's T.I.'s territory and he surprised everyone when he joined Nick onstage with mic in hand ... then put him on the spot to sing the hook on "Whatever You Like."

Watch the vid and see if Nick passed the test. Fans also lost their minds when Demi did her best Rihanna impression. 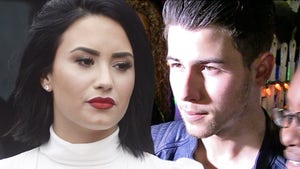 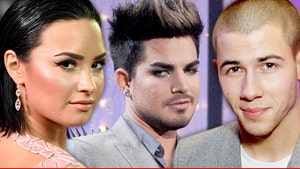 Adam Lambert -- There's No Beef With Me Demi and Nick