Boosie is adamant ... TV is forcing kids to be gay, and if things don't change ... in 10 years half our population will wave the rainbow flag.

Boosie went wild Thursday during an interview with DJ Vlad ... railing on TV shows that showcase gay characters. He mentions "Empire" and various cartoons including "The Flintstones," and excoriates producers he accuses of "forcing" young kids to become gay.

Boosie says he doesn't hate gays. On the other hand, he says if one of his kids said he was gay, "I would slap his ass back straight."

You gotta watch this. 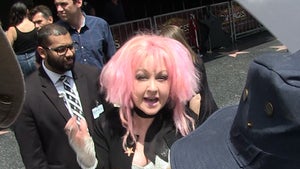 Lil Boosie You Might Want to Rethink LGBT Music