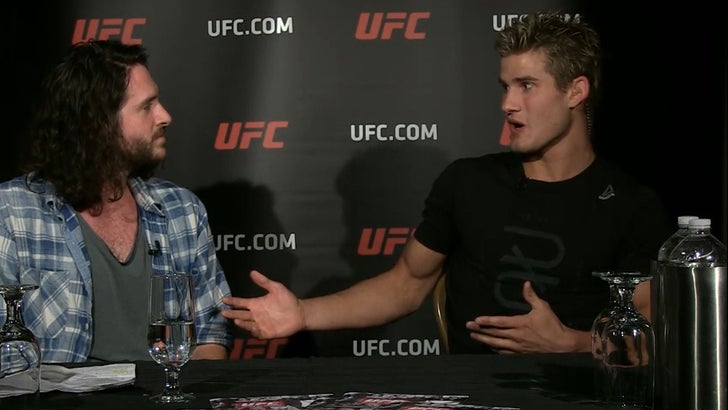 UFC brawler Sage Northcutt claims the Octagon ain't the only place he wants to become a superstar ... saying he wants to take his talent to the big screen ... and mix it up with Jean-Claude Van Damme.

Northcutt sat down with TMZ Sports and was asked what he likes to do when he's not caving in faces ... and that's when he told us he is a budding thespian.

"I've done commercials before ... maybe some action movies in the future."

The question then became who he'd wanna co-star with if he gets his shot on the big screen, and Sage didn't hesitate to answer ... saying he'd love to work with JCVD.

We're seeing buddy cop movie all over this one.

FYI -- Sage will step into the Octagon with Enrique Martin at UFC 200 this Saturday in Vegas. 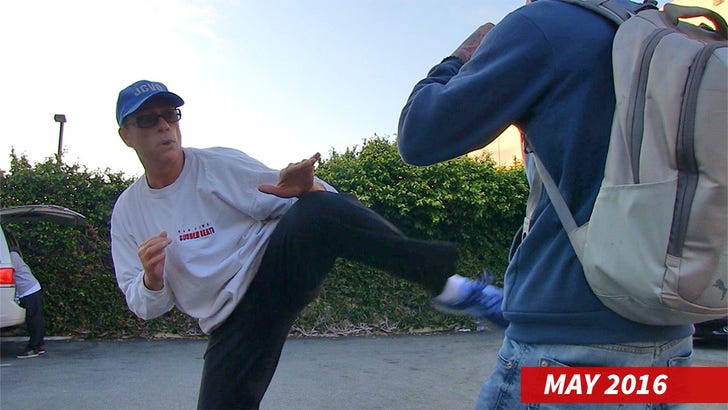