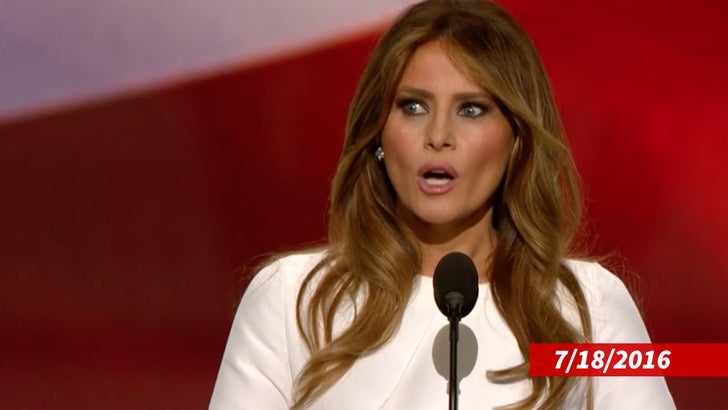 A chunk of Melania Trump's speech at the RNC was apparently lifted -- almost word for word -- from a Michelle Obama DNC speech.

It's either the political equivalent of copying someone's homework or a remarkable coincidence ... but check out this transcript of First Lady Obama's 2008 speech. Read along as you listen to Mrs. Trump's words in Cleveland.

"And Barack and I were raised with so many of the same values: That you work hard for what you want in life; that your word is your bond and you do what you say you're going to do; that you treat people with dignity and respect, even if you don't know them, and even if you don't agree with them.

And Barack and I set out to build lives guided by these values, and pass them on to the next generation. Because we want our children -- and all children in this nation -- to know that the only limit to the height of your achievements is the reach of your dreams and your willingness to work for them."

Before her speech, Melania told a reporter she'd written the speech herself ... with a little bit of help. 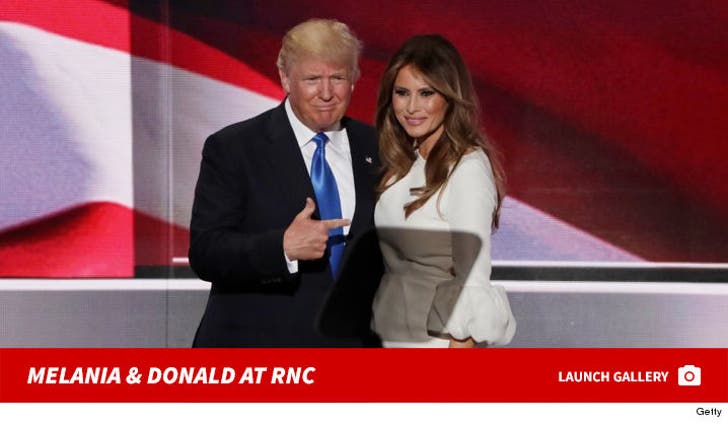 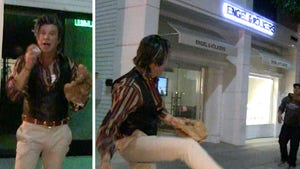 Melania Trump Michelle Obama You Might Want to Rethink Politix