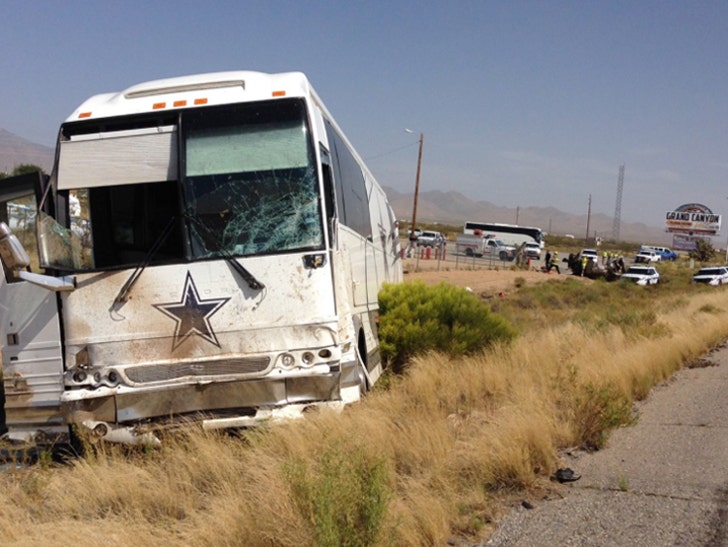 Officials confirmed the Cowboys bus and a van collided on U.S. Highway 93 in Western Arizona. No Cowboys players were on the bus at the time of the crash. No one on the bus -- the team mascot, and other personnel -- were seriously injured.

The Arizona Dept. of Public Safety confirmed to TMZ Sports that 4 passengers in the van died.

So far, officials have not said what caused the accident.