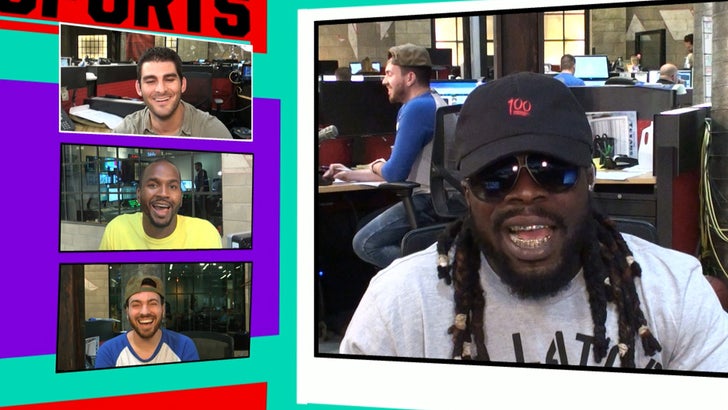 Kimbo Slice's son says he wants to honor the memory of his late father by fighting his ass off in his MMA debut ... telling TMZ Sports, "I go harder now. It means more to me now."

As we previously reported, 24-year-old Kevin Ferguson Jr. is set to fight at Bellator 160 next month -- following in the fighting footsteps of his father, who passed away unexpectedly back in June.

"[His death] affected me in good ways and in bad ways," Ferguson said on the "TMZ Sports" TV show ... explaining that he uses his emotions to fuel his training sessions.

You gotta watch the FULL interview tonight on "TMZ Sports" on FS1 -- Kevin's not only fired up for the fight ... but says he's ready to "purge" anyone who gets in the cage with him.

"I'm going to continue the legacy."