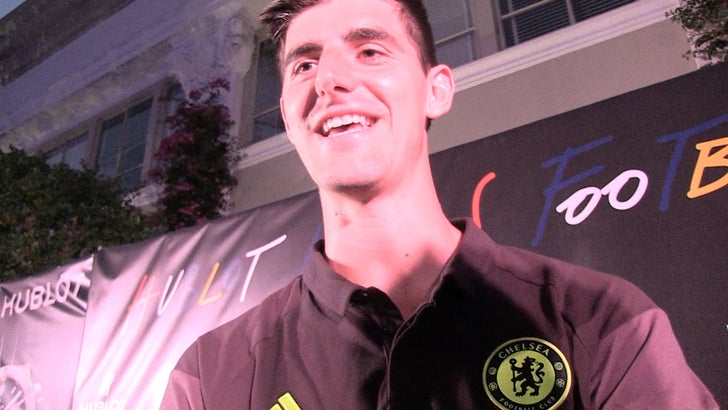 He's one of the BEST goalkeepers in the world ... and Chelsea superstar Thibaut Courtois says he's considering moving to the U.S. and playing in the MLS one day.

The 24-year-old superstar was at a Hublot event in L.A. Thursday night -- when we asked if he would ever consider following in the footsteps of stars like David Beckham and Robbie Keane who migrated from the Premiere League to the MLS.

"Yeah, I might retire here," Courtois said ... "It's nice to have an experience abroad of Europe and if I would choose a country to do that it would be here."

There's more with Thibaut, we also ask the Belgian-born athlete:

-- Is your daughter going to play soccer?

-- Who's the best player to ever score on you?

It's good stuff -- check out the clip. 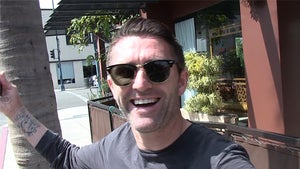 Robbie Keane -- I'd Love to Play with Ronaldo ... Come to the Galaxy! (VIDEO) 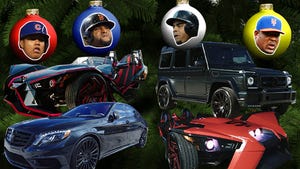