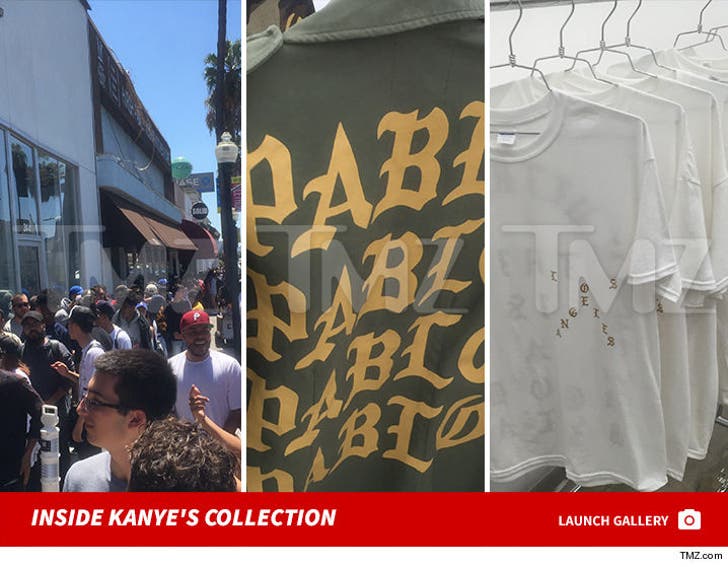 Kanye West leaves no stone unturned when it comes to finding talent ... even if that talent is standing in line at one of his Pablo stores.

Yeezy's opened up 21 shops across the globe sporting his Pablo collection this weekend ... and Cesar Martinez was one of the first in line at the L.A. stop. Lucky for him, Scooter Braun stopped by the shop just as he was on the phone with Kanye, who asked to speak with someone in line ... Cesar was the lucky fan.

Martinez tells us he's a designer and let 'Ye know it, asking for a chance to show him some of his work. Lucky for Cesar, Kanye obliged ... and we're told he's setting up a time to take a look at his designs.

Not only that -- Martinez also scored some tickets to Kanye's upcoming tour -- not a bad day. 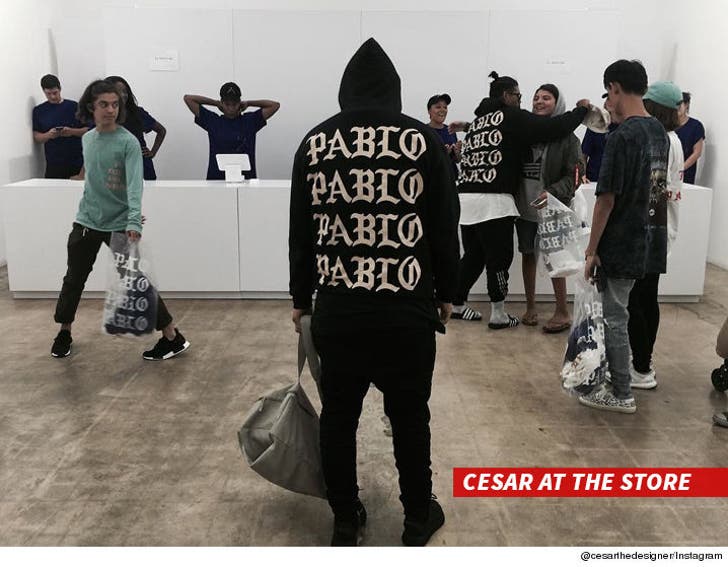 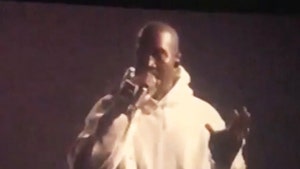 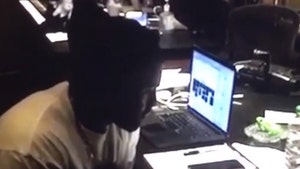 Kim and Kanye -- No Prosecution for Secret Recording ... Taylor Knew People Were Listening