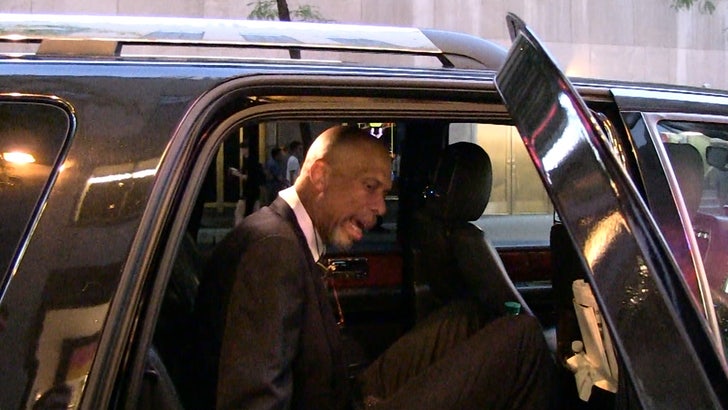 Steve Largent did it ... so did Heath Shuler and Jack Kemp -- and now Kareem Abdul-Jabbar is calling on MORE pro athletes to run for political office.

The NBA legend recently appeared on "SI Now" and made the case for Dwyane Wade to run for mayor of Chicago ... claiming he's smart and tuned into the city and could really make a difference.

So, when we saw KAJ in NYC Monday -- he told us it shouldn't stop with Wade -- saying people like Kobe Bryant should also consider politics ... because athletes have the popularity to be great leaders.

Soooo .... is President LeBron James out of the question?? 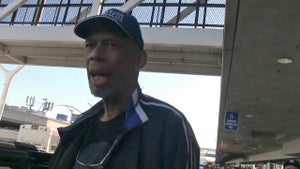 Kareem Abdul-Jabbar -- Thanks, Donald Trump ... You Made My Point (VIDEO) 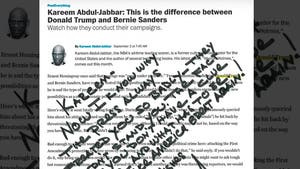