A bug-infested rental shirt from Men's Wearhouse not only ruined a groom's wedding ... it ruined his life ... this according to a new, must-read lawsuit.

Anthony Elam from Philly tied the knot 2 years ago and got all gussied up for the occasion, courtesy of Men's Wearhouse. He claims just after he put the shirt on, he noticed it was infested by disgusting bugs. A trooper till the end, he wore the shirt and says it "tormented" him during and after the ceremony.

He says he was bitten badly and the injuries described in the lawsuit ... horrendous.

-- exacerbation of low back pain and/or sciatica

-- permanent shock to his nerves and nervous system

The suit goes on to say he has suffered emotional distress, depression, mental anguish, humiliation, embarrassment and loss of life's pleasures.

He says he and his wife are unable to work for an indefinite period of time. She's also suing for loss of consortium -- aka sex.

On the other hand, sometimes in life, shirt happens. 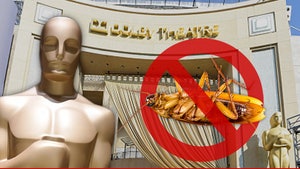 The Oscars -- Show Will Go On ... Roaches Dodge Health Inspectors 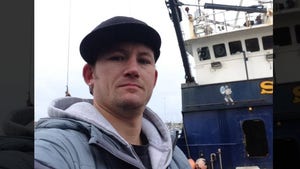 'Deadliest Catch' Star -- Busted for Bad Case of the Crabs