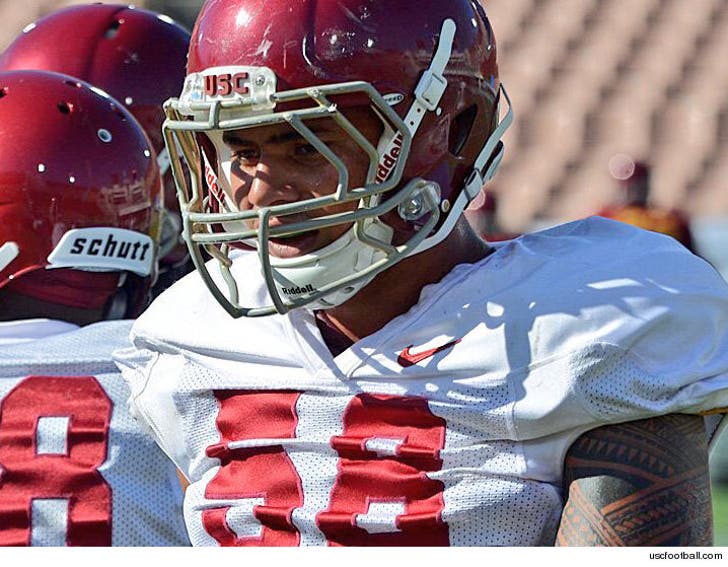 USC has banned linebacker Osa Masina from campus while authorities investigate allegations he raped a woman back in July ... this according to Masina's attorney.

TMZ Sports broke the story ... officials are investigating allegations that Masina and Don Hill had sex with a woman who claims she was drugged up and near unconscious at Hill's L.A. apartment back in July.

The alleged victim told police 19-year-old Masina recorded the incident and Snapchatted it to her ex-boyfriend -- a football player who plays for the University of Arizona.

The woman claims Masina then raped her on a 2nd occasion in Utah later that month.

USC had previously suspended Masina from the football team -- but now his attorney Greg Skordas has told the Daily Trojan he's been banned from being on the campus altogether.

"He's now been removed from the school all together, not just the football team. He's not allowed to practice. He's not even allowed to be on the campus."

Skordas said Masina learned about the decision on Friday night and has returned to his home in Utah.

When reached for comment, USC told TMZ Sports ﻿they could not comment on Masina's status with the university ... only saying he has been suspended from any participation with the football team.

Hill has also been suspended from all team activities while the investigation continues.