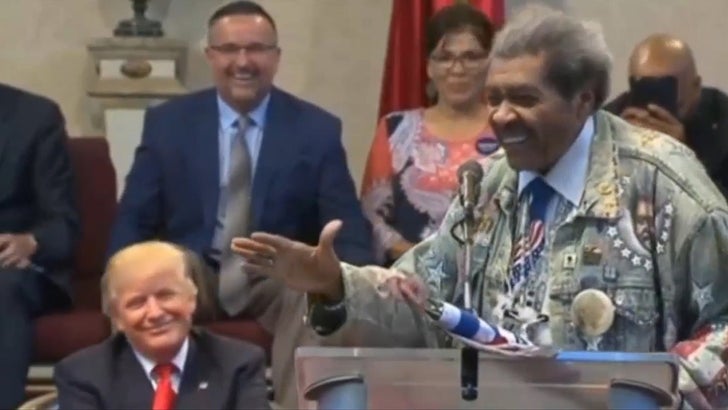 Donald Trump won't forget the intro Don King gave him anytime soon, since it included the n-word ... and seemingly left the presidential candidate in an uncomfortable position.

The boxing promoter supreme was speaking at Trump's rally in Cleveland Wednesday morning when he tried to convince black voters to back the Republican by telling a story about "negroes" in America.

Check out King's slip of the tongue, and the crowd's reaction. Lot of awkward smiles.

As Trump put it once he got on the mic, "There's only one Don King."