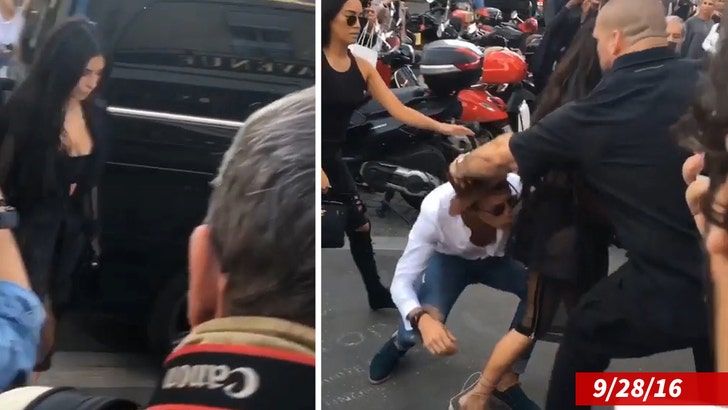 Kim Kardashian got an up-close encounter from the same guy who attacked Gigi Hadid last week ... but this time he was kissing ass instead of grabbing it.

Vitalii Sediuk ran up on Kim's rear Wednesday in Paris ... slipping past security and planting a kiss right on her left cheek. Her security pounced and took him down immediately. It's unclear if he was arrested.

Kim was impressed with her team's reaction. As she put it ... "My security's a G."

Vitalii pulled the same crap 2 years ago in Paris -- also at Fashion Week -- but that attack was way more aggressive. 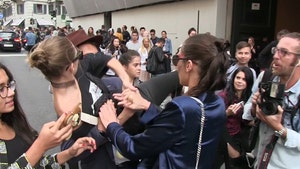 Gigi Hadid -- Assaulted and Manhandled in Milan ... Caught on Video