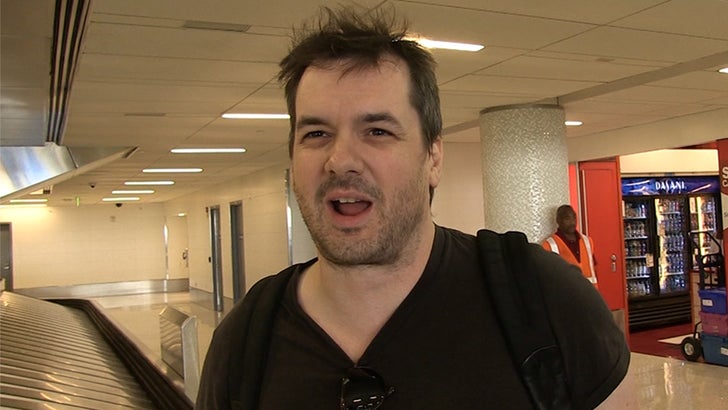 Jim Jefferies knows what Kim Kardashian's going through right now, because he was tied up and robbed in a violent and remarkably similar crime.

We told the Australian comedian at LAX about Kim's Paris ordeal and his surprisingly nonchalant response was ... oh yeah, that happened to me once.

Jim says it went down 12 years ago in the U.K., and although he wasn't trying to one-up Kim ... you gotta see what he says about the machete. You'll understand why he's been wary of going back there.

There's one other thing he and Kim have in common. Watch, he might have been kidding.