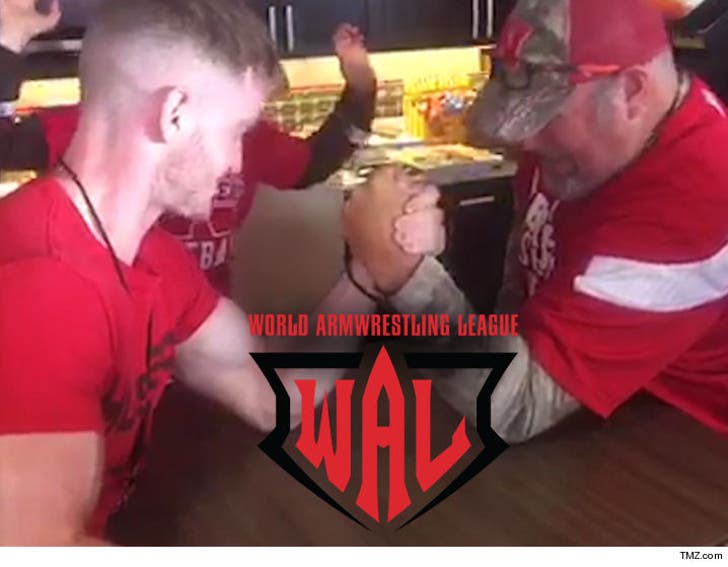 Larry the Cable Guy is now a HIGHLY RECRUITED ATHLETE -- because the head of the most elite armwrestling league in the world wants to train the comic to go pro.

After Larry snapped an army vet's funny bone while armwrestling at a Nebraska Cornhuskers football game, the commissioner of the World Armwrestling League says he may have found his next big star.

"We invite Larry to come really 'Git Er Done' and train with or compete against our World Armwrestling League athletes, some of the world's best arm wrestlers."

"Millions of people have tuned in to ESPN networks to see the greatest male and female arm wrestlers throw down. With a little bit of training, Larry can join the pantheon."

And get this ... the W.A.L. also wants to train up Larry's Nebraska victim, John -- saying, "When he is healed up, he's also invited to train." 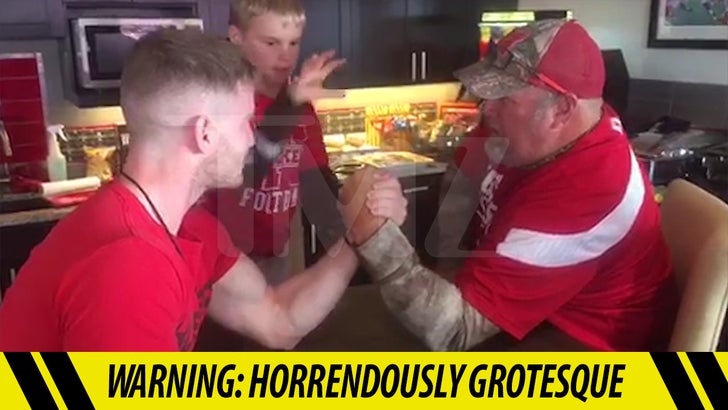 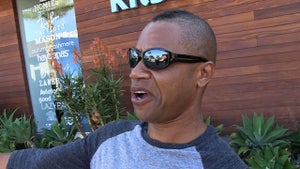