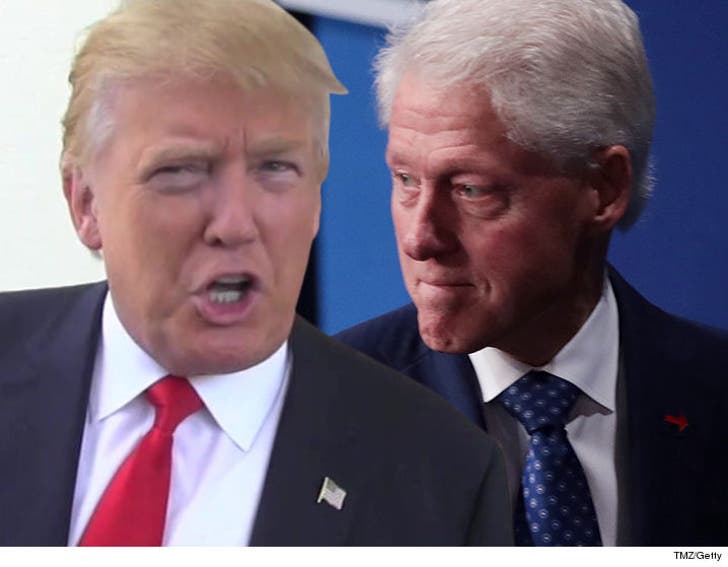 Donald Trump is considering playing a card during Sunday's debate -- that Bill Clinton was right there with him, making trashy, disparaging remarks about women during golf games -- sources familiar with the situation tell TMZ.

We're told Trump is considering talking about the banter he had with Clinton during various golf games at Trump National Golf Course Westchester in Briarcliff Manor, New York.

We're told the conversations were "raunchy" and "explicit."

We're told Trump will come out swinging and swinging hard during the debate. As one source put it, "He doesn't want a bunch of advisers telling him what to say. He wants to be himself."