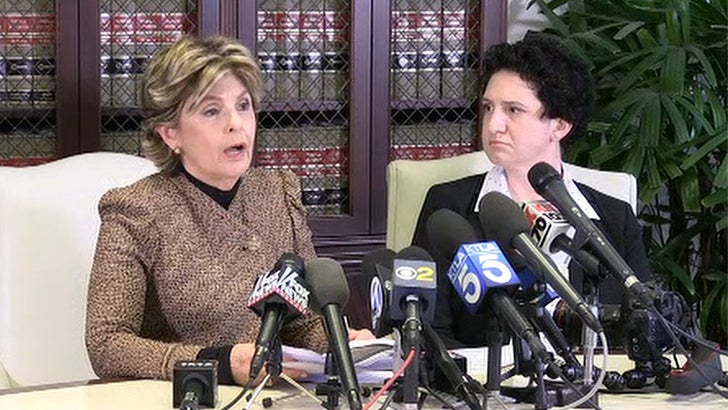 Former 'Apprentice' contestant Summer Zervos was not silent about her claims Donald Trump sexually assaulted her in 2007 -- this according to her friend and her attorney, Gloria Allred.

Allred held a news conference to defend her client against critics attempting to poke holes in her story. She was joined by Ann Russo -- a social worker and close friend of Zervo -- who said Summer told her of Trump's aggressive sexual behavior back in 2010. Russo strongly defended Zervos ... and offered an interesting explanation as to why she took so long to go public with her accusations.

As we've said ... Trump has denied the alleged incident.

Allred also attempted to discredit Zervos' cousin, John Barry -- who claims Summer praised Trump -- by trotting out text messages she says he sent to Summer ... including one where he calls himself a "loser."