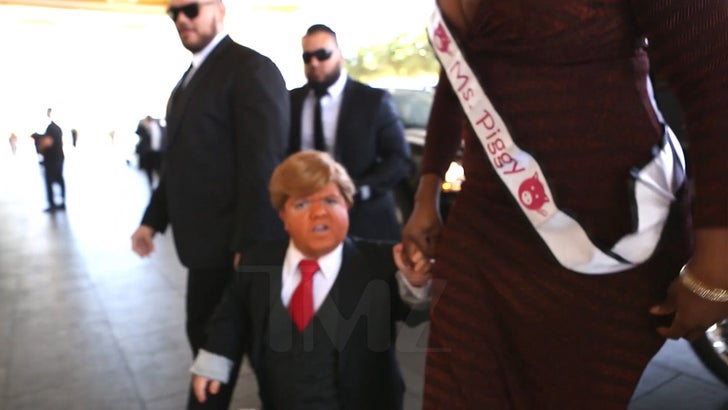 A smaller version of Donald Trump stormed into Trump International Hotel claiming he owned the joint ... but cops and hotel security caught him ... and it's all on tape!

Mini Trump -- a character from Jeff Beacher's Madhouse -- was suited and colored Tuesday as The Donald -- complete with his own motorcade and beauty pageant contestant. He muscled his way into the hotel ... only to be stopped by Metro police and security in the lobby. The Secret Service was also right there.

Law enforcement sources tell TMZ ... Mini Trump was detained in a security office and got slapped with a trespassing warning.

The stunt comes on the eve of the third and final presidential debate in Vegas.

Watch the video ... it's tremendous. 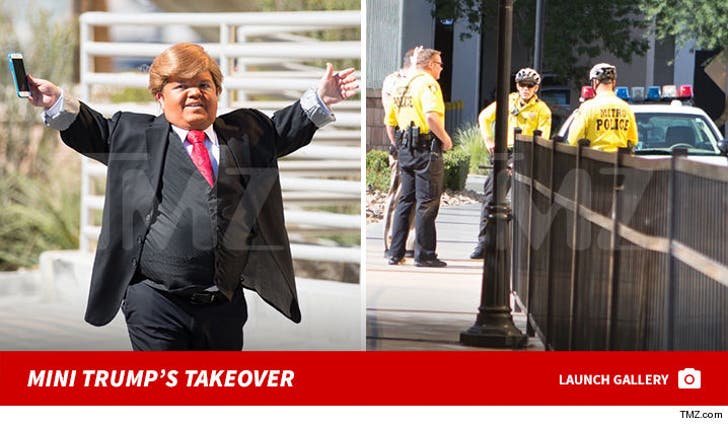