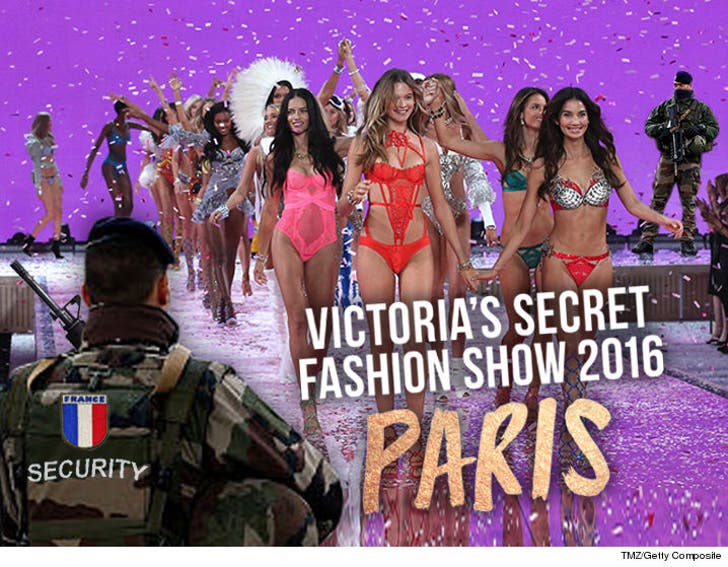 The 2016 Victoria's Secret Fashion Show is more under wraps than the models, because show execs are extremely worried about a possible terrorist attack.

Officials for the show announced Monday the event will be held next month in Paris. Typically the announcement is made in the Spring, but we're told the honchos decided months ago they wanted Paris as the venue, but feared if word got out it would give terrorists time to plan an attack.

The reason behind the fears ... in addition to the show being a high-profile event, it draws scores of big celebs, making it a possible target.

The specific venue is still under wraps.