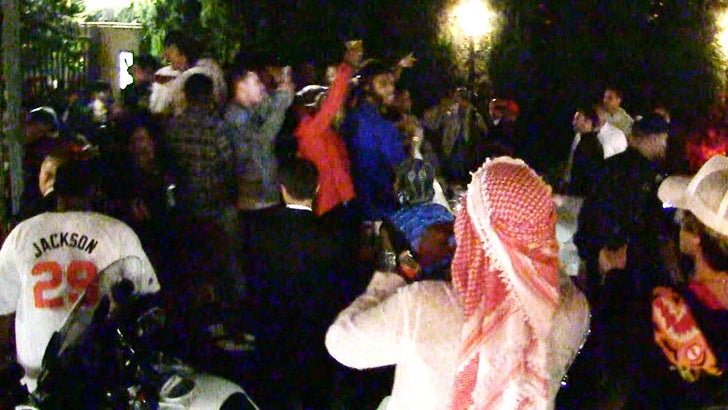 Diddy's sons hosted a Halloween bash this weekend with big poppa and a grip of celebs in tow ... but it turned into a teary-eyed affair after a mob bum-rushed the gates.

The Combs brothers -- Justin and Christian -- reigned in some of hip-hop's finest Sunday night at the Taglyan Cultural Complex in Hollywood, with the likes of Chris Brown, Amber Rose, Bow Wow and Meagan Good showing up in costume. Chris had the best one ... as Deadpool.

But the night turned sour for a bunch of would-be party crashers, who rushed the front gates when Justin and Christian rolled through. Security let the pepper spray fly ... and all hell broke loose.

The mob attack was a spectacle, for sure, but it couldn't keep Diddy and his boys down on Halloween. 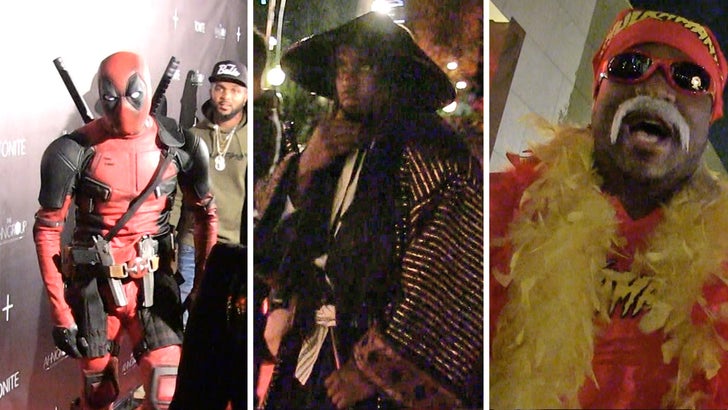 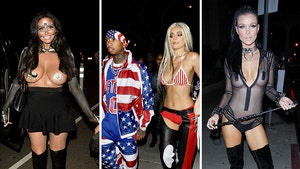 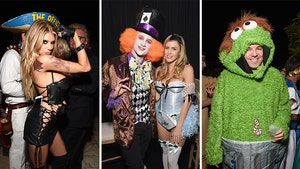