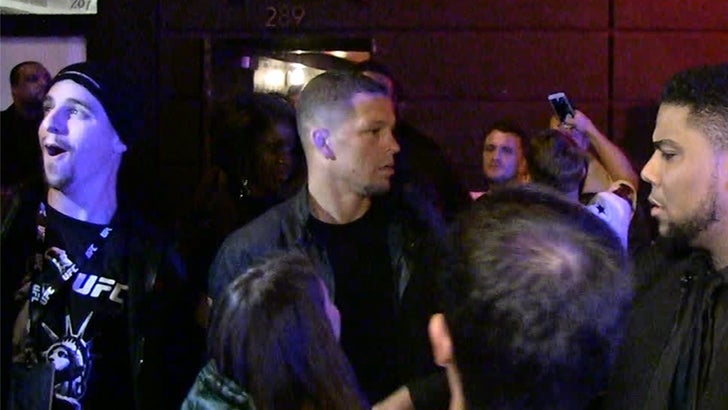 Nate Diaz wasted no time putting himself in the minds of UFC fans as Conor McGregor's potential next opponent ... by crashing his victory after-party.

Diaz showed up at Marquee in NYC ... where Conor was celebrating being the first fighter to hold 2 title belts at the same time. You gotta think Nate's already planning to take 1 of them away from "Notorious."

But as some spectators in the vid remind us ... the last battle Diaz had with McGregor didn't go so well for him.