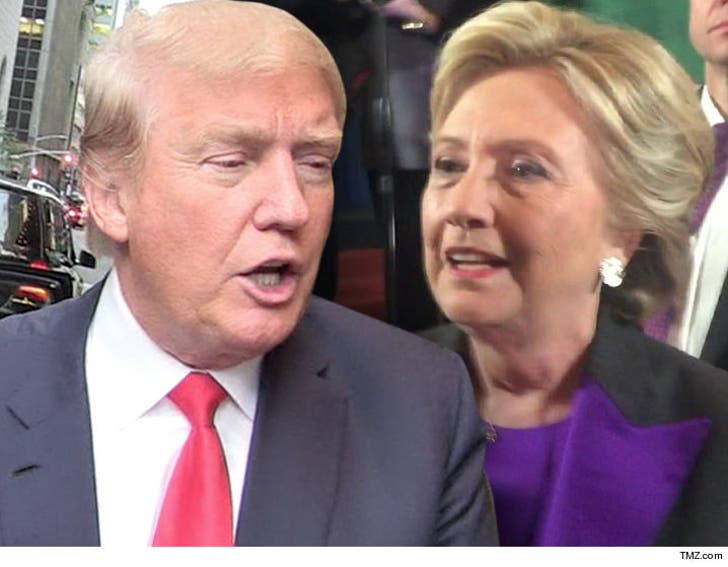 Hillary Clinton is a sore loser and even worse, a hypocrite ... according to Donald Trump, who is incredulous she's now challenging the results of the election.

Trump is referring to Clinton's attack after he said during the third presidential debate he was non-committal on challenging the results of the election. Clinton called Trump's hedge "a direct threat to our democracy.

Stein is also expected to file for recounts in Michigan and Pennsylvania, claiming electronic voting systems might have been hacked.

Clinton campaign aides said they have found no evidence of voting discrepancies themselves, but would join Stein's effort to "ensure that it is fair to all sides."

Trump did not resort to name calling ... he just said "So much time and money will be spent - same result! Sad."