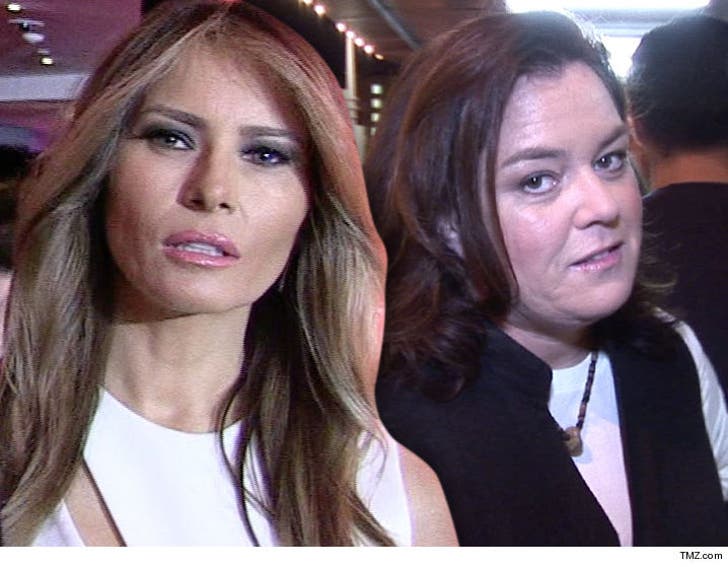 Melania Trump has hired a famous lawyer who is now threatening a lawsuit over a video suggesting her 10-year-old son, Barron, is autistic, and the letter calls out Rosie O'Donnell as a bully.

According to the letter, obtained by TMZ, the YouTube video falsely insinuates Barron is autistic. The letter, and our sources familiar with the situation, say Barron absolutely is not autistic. 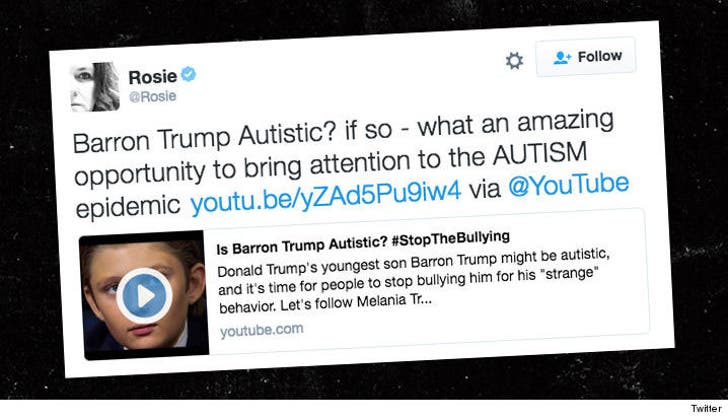 Rosie tweeted out the video last week, with a caption, "Barron Trump Autistic?" The letter says, "The video allegedly seeks to 'stop the bullying' of Barron Trump. Not true ... The video did instigate further bullying by Rosie O'Donnell and others."

The video lists a number of signs it claims points to autism, including Barron clapping without slapping his hands together. Melania's attorney, Charles J. Harder, says Barron did this once -- at the end of a long day at the RNC -- but the "vast majority of the time, he claps normally."

The video shows Barron yawning and grimacing during his father's victory speech at the RNC and on election night. Melania's team says both events were late at night, and Barron was exhibiting normal behavior for a 10-year-old.

Melania is not threatening to sue Rosie, but her attorney, Harder, wants the person who posted the YouTube clip to delete it and post an apology.

Our sources say Melania is outraged and is serious about going after the person who posted the video if he doesn't take it down. 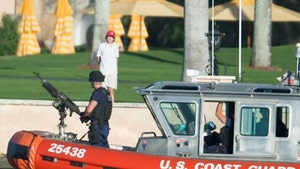 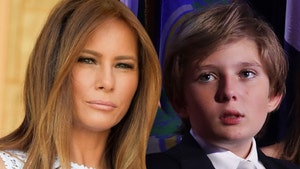