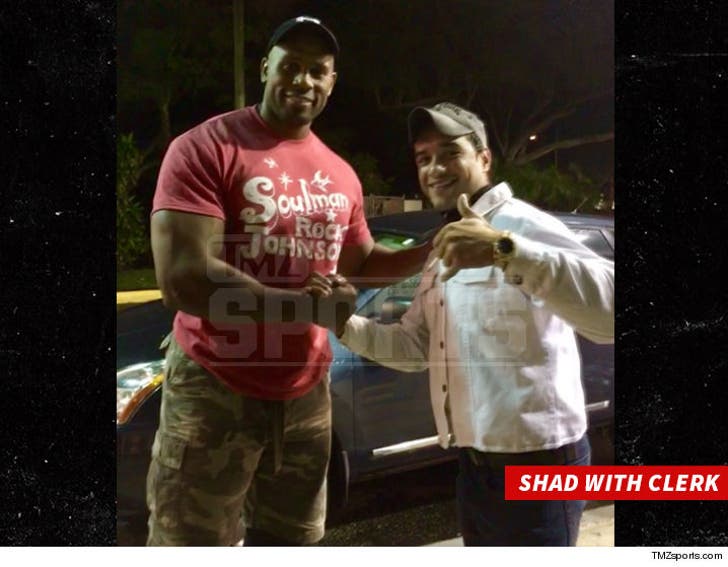 Coral Springs PD tells TMZ Sports ... they responded to a call around midnight for an attempted armed robbery at the store. According to police, the suspect appeared to be drunk, walked up to Shad and said, "Hey man, buy me a beer." When Shad said, "There's a better way to ask than that" ... police say the suspect whipped out his firearm.

The store clerk says Shad quickly shoved the suspect against the cooler door, grabbed the guy's gun and it fell to the ground.

Shad tells us he was trying to remove the gun's magazine when he saw an air canister compartment, and realized it was just a BB gun. The 6'7", nearly 300 lb. ex-wrestler took over at that point -- taking the dumbass to the ground and holding him until officers arrived.

Pro Wrestling Sheet also reported Shad's heroics, which were pretty bad ass ... especially considering he didn't know it was a BB gun. That makes no difference to cops, btw -- the suspect was booked for robbery with a weapon.