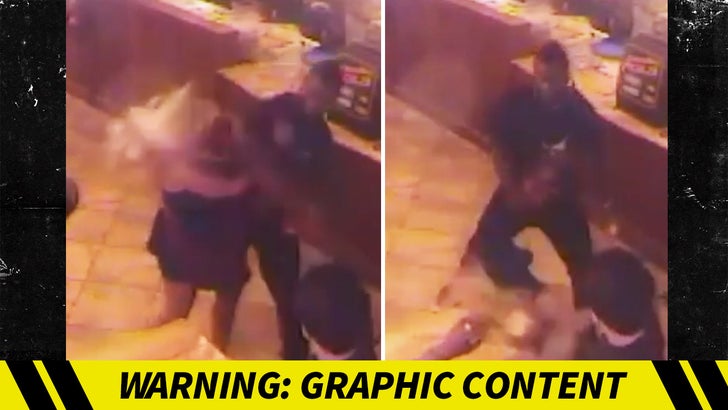 The infamous video of University of Oklahoma star Joe Mixon punching a female student in the face has finally been released to the public ... and it's every bit as violent as the Ray Rice tape.

Mixon is seen throwing a right hook to the face of Amelia Molitor during a 2014 dispute in a restaurant near campus. She shoves him in the chest, he pushes back ... then unloads the punch and she goes down hard. She appears to be momentarily knocked out cold.

Mixon was charged with misdemeanor assault for the attack, and entered a plea ... admitting there was enough evidence to convict him. He got 1 year probation, 100 hours of community service and behavioral counseling.

Back in 2014, police allowed members of the media to see the video, but that was it. Earlier this month, Oklahoma's Supreme Court ruled it had to be released. It was unclear when it would go public. Mixon's legal team got ahead of it, and decided to release it.

The school suspended him for the 2014 season, but he played in 2015 and also this year. He's the team's star running back, and is set to start in the Sugar Bowl.

The University just released a statement saying "Mr. Mixon has apologized for his actions and the university hopes that it is an indication that he has learned from his mistakes."

Worth noting -- Mixon was suspended for one game this season after he ripped up a parking ticket and threw it at a campus parking attendant. 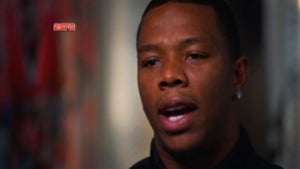 Ray Rice -- Some People Will NEVER Forgive Me ... and Now I Know Why (VIDEO)