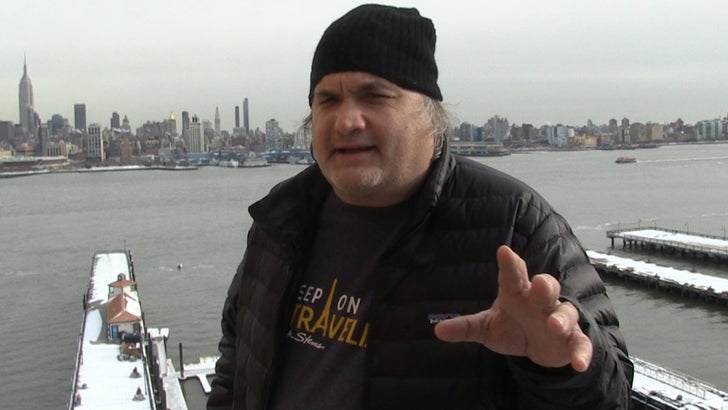 "I figured out that Odell Beckham and Victoria Beckham literally could have switched lives yesterday and nobody woulda noticed." -- Artie Lange

Artie is a HUUUGE Giants fan -- in fact, he bet (and lost) $30,000 on the game Sunday -- and feels he earned the right to go off on Odell after he came up butterfingers against the Packers.

Lange -- who's on the new HBO show, "Crashing" -- also feels Victoria Beckham coulda made at least ONE of those passes.