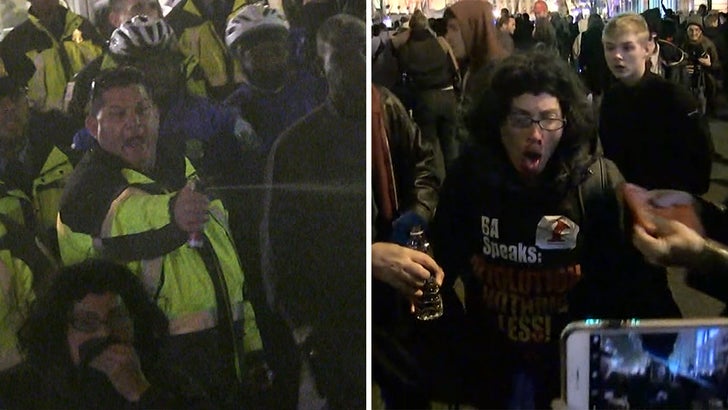 Police and anti-Donald Trump protesters are clashing in a rally that began outside the Trump International Hotel in Washington D.C.

The protest started at the hotel, and then marched through D.C. to the National Press Club several blocks away. Once there ... pepper spray was fired into the crowd, and protesters started trying to break through police lines.

At one point, a Trump supporter was seen being punched multiple times in the head by masked protesters. 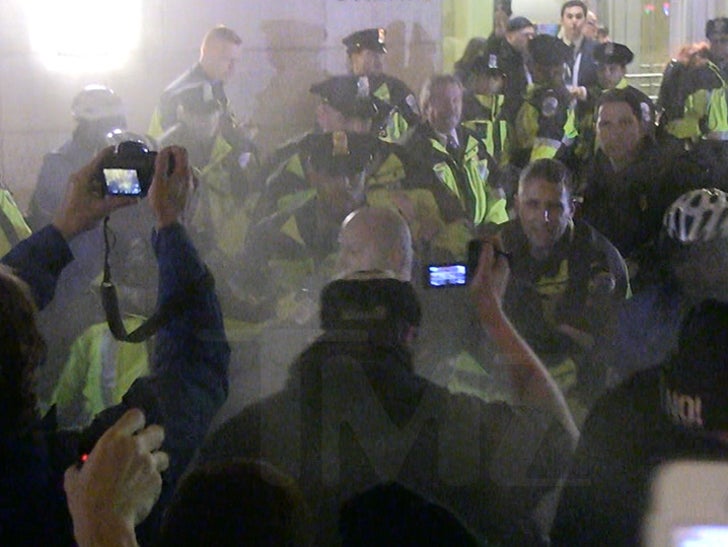 At least one protester has been bloodied. We have photographers right in the middle of the chaos. 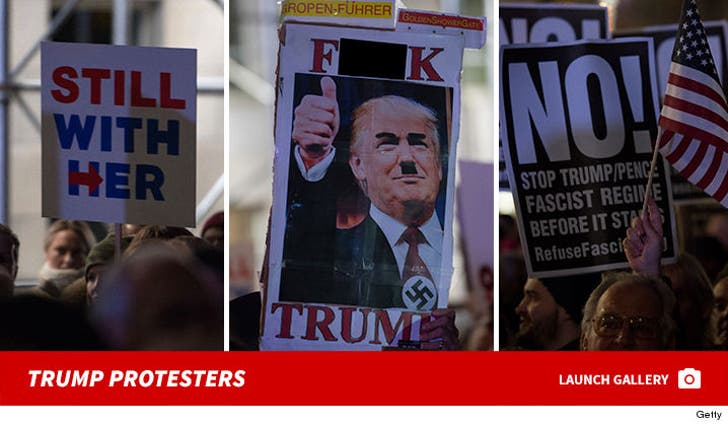 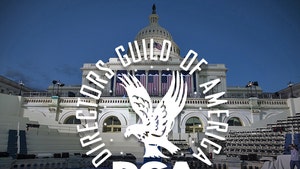 Directors Guild of America, Someone's Bullying and Threatening Us Over Trump 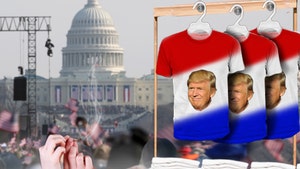