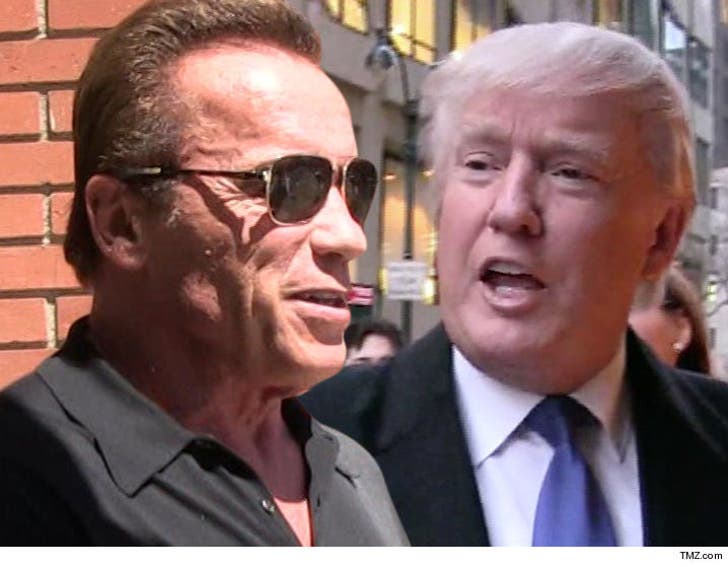 If it's a fight President Trump wants, it looks like Arnold Schwarzenegger's willing to give him one -- and now he's ripping DJT for his infamous, still-unreleased, income tax records.

Hours after Trump's Friday morning swipe at Arnold's record as California's Governor ... Arnold simply tweeted a link to an old article written when he was the Guv. The topic? Schwarzenegger releasing his income taxes.

It's pretty clear -- like millions of others -- he's not buying the IRS audit story.