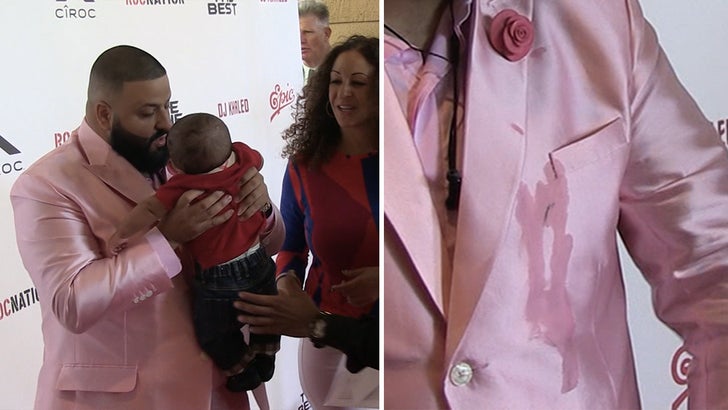 DJ Khaled's gonna need a major key ... to a dry cleaner after his son hurled all over his pricey pink suit.

Khaled was the center of attention as he arrived Thursday for his own event at the Beverly Hills Hotel. He announced he's releasing a new album, and his 3-month-old son, Asahd, had a release of his own.

Chance the Rapper and Diddy were also there ... to witness DJK's totally chill dad reaction.

They don't want Khaled to have a clean jacket!