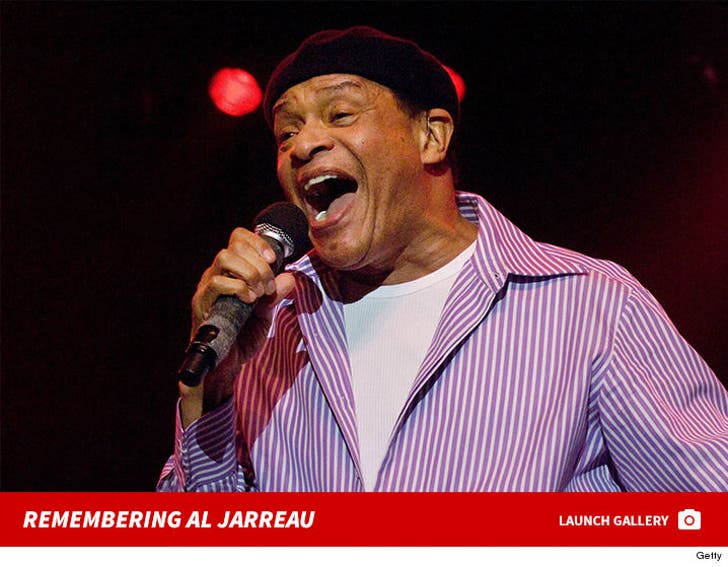 The 7-time Grammy winner had been hospitalized recently in Los Angeles. Amid his medical battle ... he announced he would be retiring. He'd been touring almost non-stop for 50 years.

A message on his website says he passed away while in the hospital. The announcement doesn't say what he died from -- but Al had fought through respiratory and cardiac issues in recent years.

Just last week, Al's son said his father was singing "Moonlighting" to one of his nurses.

Jarreau won 7 Grammy's for a slew of hits through the '70s and '80s including "Mornin'," "After All, "We're In This Love Together" and, of course, that theme to the immensely popular "Moonlighting" TV theme.

Al successfully crossed over from jazz to R&B and soul music ... many times in his career. He was also one of the featured vocalists on "We Are the World" -- right between Willie Nelson and Bruce Springsteen.