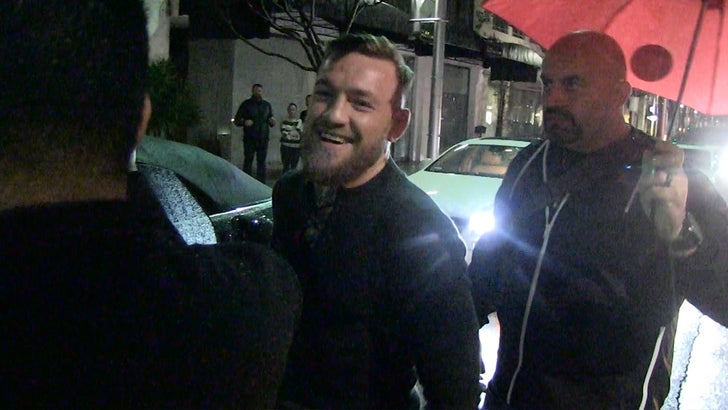 We got the UFC superstar leaving Mastros Steakhouse in Bev Hills last night where he told us the comments he made about Khloe's badonk in a recent GQ interview were meant to be complimentary.

He claims the mag "wrote it like it was a bad thing!"

Then we switched right to Mayweather -- "Floyd's a bitch and he's petrified."

Conor insinuates that he tried to meet with Floyd this week in Vegas -- but "[Floyd] didn't show his face."

"I touched down in Las Vegas and he retired twice."

Good news ... Floyd, you know where Conor is this weekend. If you want him, find him.