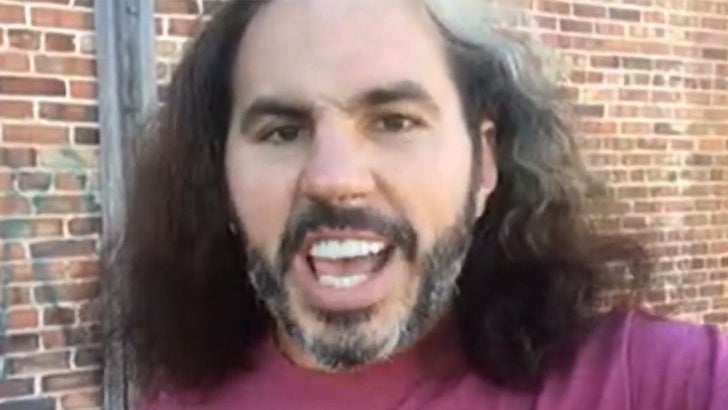 VINCE MCMAHON IS ON NOTICE!!!

Broken Matt Hardy tells TMZ Sports he's been in talks with multiple wrestling organizations including WWE -- but says if Vince McMahon jerks him around, he will DELETE the most powerful man in the biz.

Hardy currently wrestles for Ring of Honor and brags that he holds the richest contract if ROH history -- twice as big as the one the Young Bucks signed.

There have been rumblings that he'll appear at WrestleMania 33 in April -- and while he wouldn't confirm, he did note that he's surveilling the WWE honcho with his trusty drone, Vanguard 1.