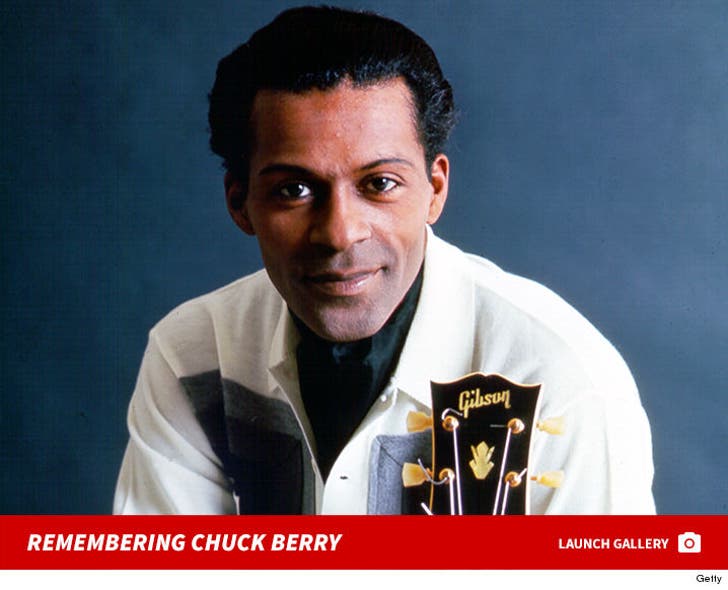 Chuck Berry, not just a legend of rock 'n' roll -- but one of its inventors -- died Saturday outside St. Louis.

St. Charles County police responded to a medical emergency call and found Berry unresponsive. They performed CPR, but weren't able to resuscitate him and he was pronounced dead at 1:26 PM. Police have not released a cause of death.

Berry's amazing string of hits -- "Johnny B. Goode," "Roll Over Beethoven," "Maybellene" and many many more -- helped define the rock 'n' roll sound in the '50s and '60s. His music heavily influenced the Beatles, the Rolling Stones, Jimi Hendrix, Eric Clapton ... pretty much anyone in rock who picked up an electric guitar after Chuck did.

Chuck was famous for busting out his signature "duck walk" during live shows. If you haven't seen his documentary, 'Hail! Hail! Rock 'n' Roll' ... do yourself a favor and stream it tonight.

He was one of the first Rock and Roll Hall of Fame inductees in 1986, and Rolling Stone magazine ranked Berry 6th on its list of greatest guitarists.