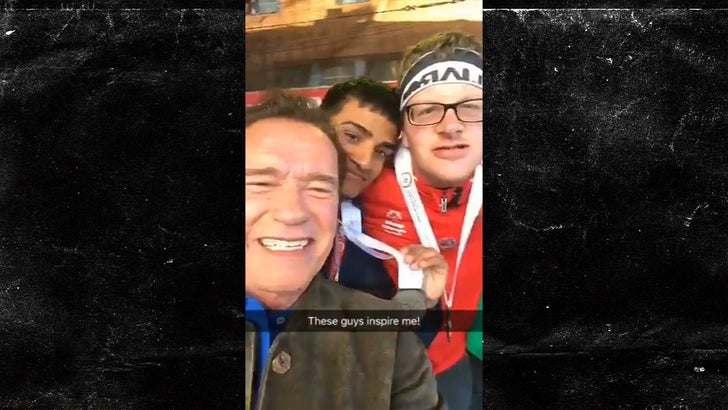 A random guy posted this ... "The Special Olympics make no sense. The Olympics are for the best athletes in the entire world to compete against each other to determine who is the best. Having r****** competing is doing the opposite!"

The guy was responding to a video Arnold posted touting the athletes.

Arnold responded to the troll this way ... "it's a teachable moment. Right now, I guarantee you that these athletes have more courage, compassion, brains, skill -- actually, more of every positive human quality than you."

Arnold has a dog in the fight. His mother-in-law, Eunice Shriver, founded the Special Olympics and he's been active in the event for years.

Arnold had one other thing to say, "So take their path -- you could learn from them, and try to challenge yourself, to give back, to add something from the world."

The troll may have gotten his message ... it appears he deleted his comment. 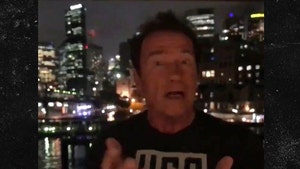 Arnold Schwarzenegger to Trump, Your Ratings are in the Toilet (VIDEO) 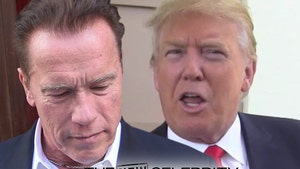