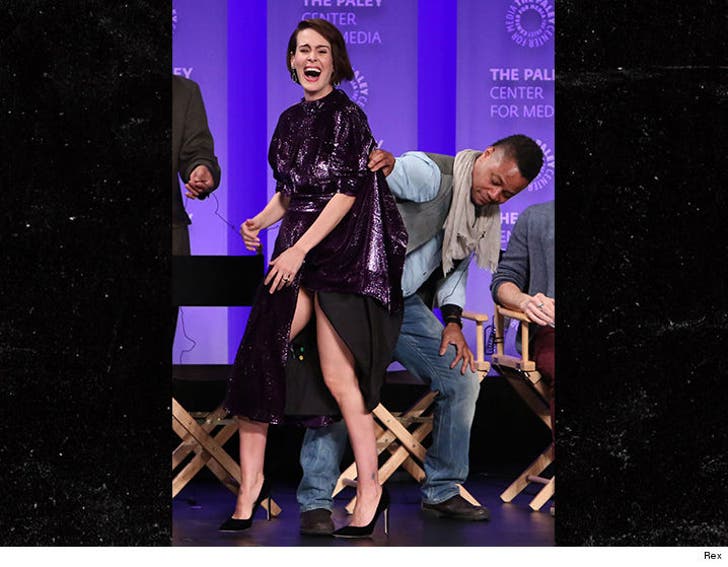 Cuba Gooding Jr. lifted up Sarah Paulson's dress during an "American Horror Story" event, and while they both laughed it off ... some fans think he crossed the line.

The co-stars were doing a panel discussion in L.A. when Sarah turned to greet Kathy Bates, and Cuba took the opportunity to hike up her dress ... seemingly to playfully check out her legs. You can see Sarah appeared to take it as a joke.

Sarah and Cuba are pretty close -- they already worked together on 'People vs. O.J.' -- but some fans in the audience reacted on social media ... calling him a "d**k" who shouldn't be allowed around Sarah. Others described Kathy as being visibly appalled.

Everything continued smoothly onstage though. 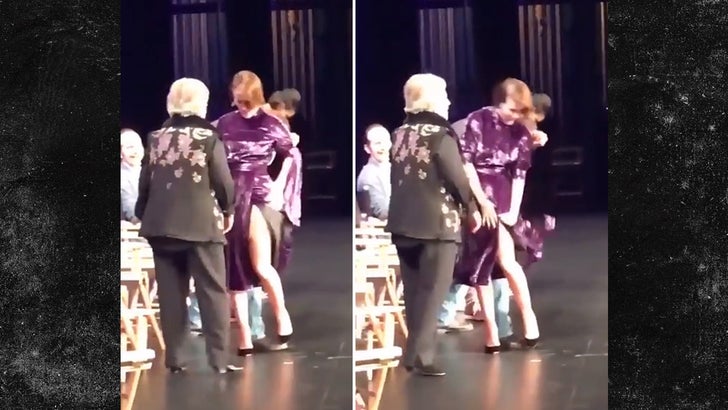