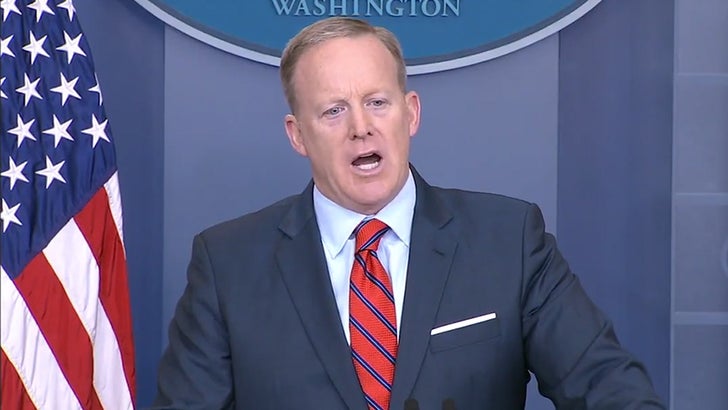 3:19 PM PT -- Sean Spicer has formally apologized for his comments comparing Hitler to Bashar al-Assad. He told CNN Tuesday, "I mistakenly used an inappropriate and insensitive reference to the Holocaust. There is no comparison." 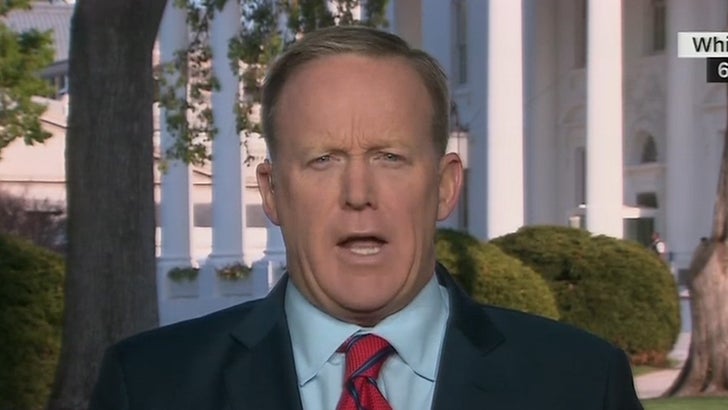 Sean Spicer should be fired for saying Syria's president is worse than Hitler ... so says the Anne Frank Center.

The Center's executive director said Spicer's statement is "the most evil slur upon a group of people we have ever heard from a White House press secretary." He also called for Spicer's immediate termination.

Spicer's been under the gun since Tuesday's press briefing, where he said not even Adolf Hitler sank to using chemical weapons like Present Bashar al-Assad did on his own people.

Spicer also flubbed while trying to clarify, adding ... "He was not using the gas on his own people in the same way that Assad is doing." The fact Hitler did just that, and in far greater capacity than Assad, has Rep. Nancy Pelosi also demanding Spicer be fired.

Spicer has issued an apology of sorts, saying ... "In no way was I trying to lessen the horrendous nature of the Holocaust, however, I was trying to draw a contrast of the tactic of using airplanes to drop chemical weapons on innocent people." 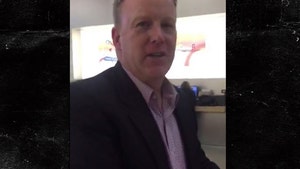