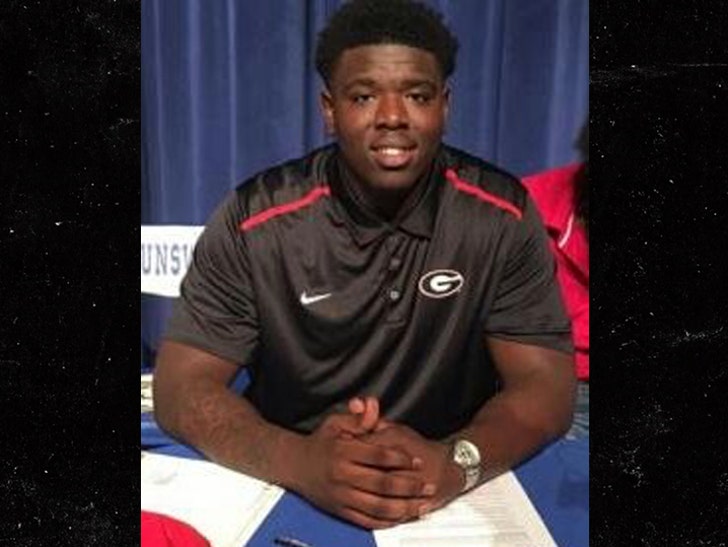 One of UGA's top football recruits was arrested after getting into a dispute with his girlfriend at a Waffle House.

D'Antne Demery, an offensive lineman who recently committed to Georgia, was busted by cops in Athens after they got a report of a man choking a woman at the local Waffle House. Officers responded around 9:15 PM ET, but Demery and his gf had already left.

The gf eventually contacted cops directly and reported the alleged incident. She claims they were arguing, and when she started walking away, Demery grabbed her by the neck from behind and threw her ... according to AJC.

Cops say Demery, who's 6'7" and 310 lbs, admitted making physical contact with the victim. He was booked for battery and trespassing, both misdemeanors, and released after posting bond of $1,850.

Demery and the victim have a one-month old baby. No comment from UGA yet.