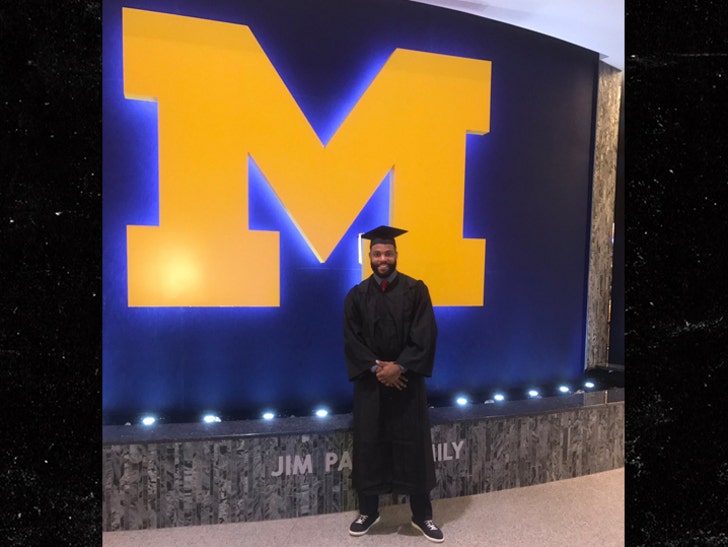 Braylon Edwards made good on a promise to himself to head back to school and get his degree, and all we can say is ... congrats!!!

Braylon told us about his college comeback in January, and now --12 years after he was drafted in the 2005 NFL Draft by the Cleveland Browns -- he got to put the cap and gown on and tell his Mamma ... "I did it!"

The ceremony was held Friday night for Michigan athletes at the Crisler Center. Edwards was a STUD wide receiver for the Wolverines, scoring 15 TDs and racking up 1,391 yards his senior year. He went on to play 10 years in the NFL and was a Pro Bowler in 2007.

When Braylon left U of M for the NFL, he was just 20 hours shy of his degree. He reportedly completed 16 of them in the winter semester and now has finished up. 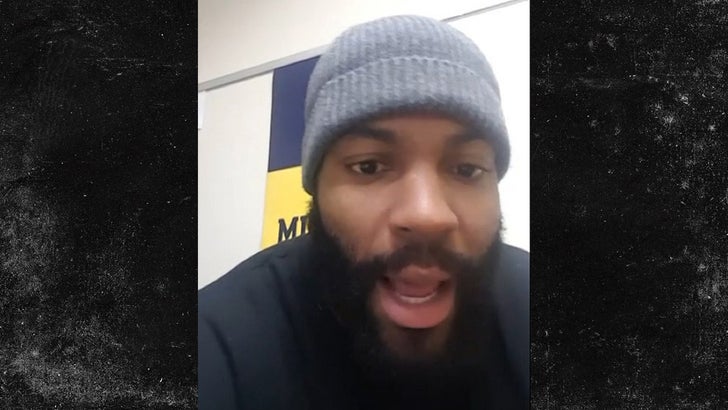 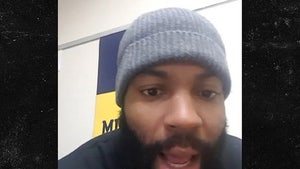 Braylon Edwards: I Need My Degree to Work with Billionaires! (VIDEO) 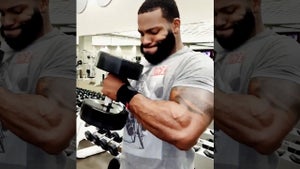