Macklemore & Ryan Lewis' breakthrough hit wasn't an original ... according to a "legendary" New Orleans jazz musician ... who's looking to get his cut.

Paul Batiste says "Thrift Shop" borrows heavily from 2 of his songs -- "Hip Jazz" and "World of Blues." He says the Macklemore track's beat and horn melodies come from his songs, which were recorded back in 1997 and 2000.

Batiste describes himself as a founding member of The Batiste Brothers Band, and a "major influence" of the current NOLA jazz scene. Whether you've heard of him or not isn't really the issue -- it's what you hear in the music. Take a listen and judge for yourself.

BTW, Batiste is also suing over "Neon Cathedral" -- claiming the duo lifted from 3 of his other songs.

He wants his share of the profits from both Macklemore tunes.

Batiste has filed similar suits in the past against T-Pain, Rick Ross, DJ Khaled and several record labels. 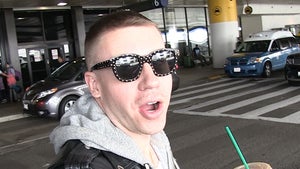 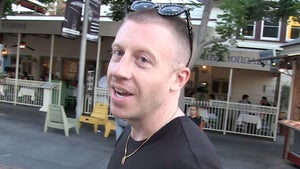