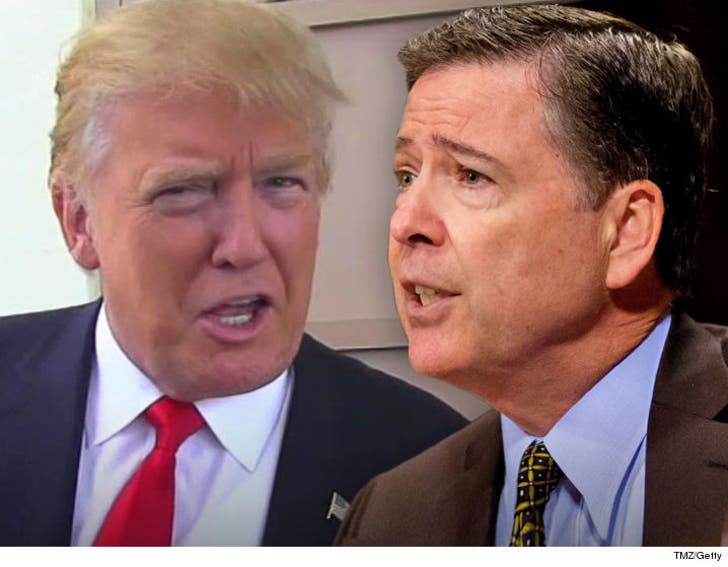 President Trump is in the market for a new FBI Director ... he's fired James Comey.

Trump says, "The FBI is one of our Nation's most cherished and respected institutions and today will mark a new beginning for our crown jewel of law enforcement."

Trump wrote a letter to Comey, in which he said, "While I greatly appreciate you informing me, on three separate occasions, that I am not under investigation, I nevertheless concur with the judgment of the Department of Justice that you are not able to effectively lead the Bureau." 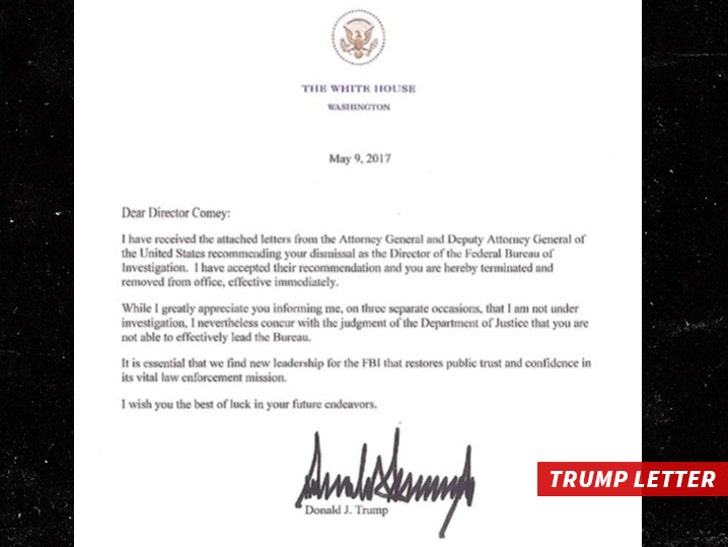 Trump went on, "It is essential that we find new leadership for the FBI that restores public trust and confidence in its vital law enforcement mission."

As harsh as Trump's letter was to Comey, the letter Sessions wrote to Trump is even harsher, saying, "The Director of the FBI must be someone who follows faithfully the rules and principles of the Department of Justice and who sets the right example for our law enforcement officials and others in the Department."

Trump's catchphrase is coming in handy in D.C. 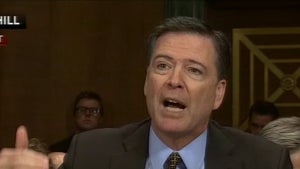 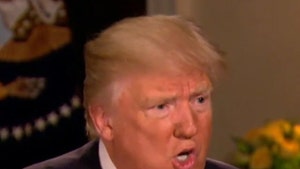