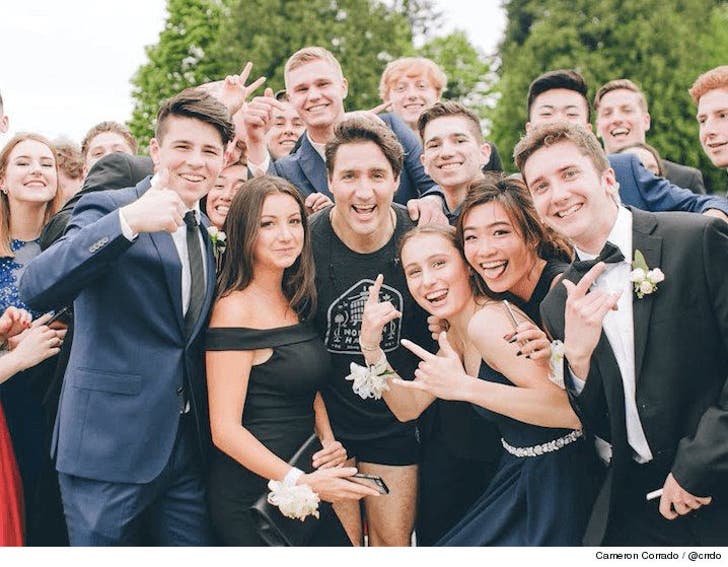 Justin Trudeau went on a run Saturday along Stanley Park Seawall in Vancouver, where he zipped by a group of kids taking pics for their prom. Naturally, it made for an epic photobomb ... him in full stride and smiling.

The high schoolers quickly noticed their leader, and since he's a nice guy ... he took an official shot with the youngsters. 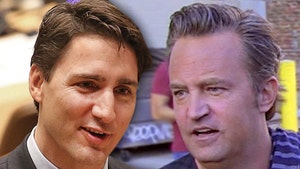 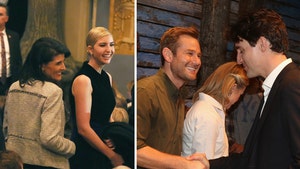