Barack Obama's not just on vacation -- he's on the most EPIC vacay, and it's starting to feel like he's rubbing it in your face.

Prez 44 was celebrating and grinning Friday all over Scotland's St Andrews Golf Club ... birthplace of the sport he's apparently trying to turn pro in now. Based on his face, we'd say Barack was killing it on the Old Course.

He's made a point of hitting the links almost everywhere he's been since leaving office -- starting in Palm Springs and most recently in Italy. Gotta say ... no one in history's done retirement better.

Just to run down his passport stamps since January: Virgin Islands, French Polynesia, Italy, Germany, Scotland. PLUS the reported $60 mil he and Michelle are getting for their memoirs. 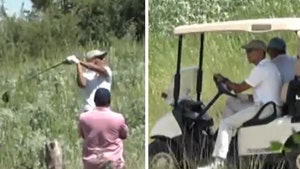 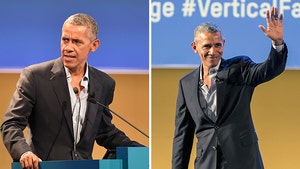