First, Ariana Grande brought the love, and now a bunch of naked people on bicycles -- looking like '60s flower children -- are pumping up spirits in Manchester.

On the heels of Ariana's Manchester One Love concert ... the World Naked Bike Ride rolled through the UK city Friday. It's not necessarily the same spectacle as Justin Bieber, Katy Perry and Coldplay onstage -- but it's definitely something to see.

One thing's for sure ... seats were better at the concert. Less sticky too. 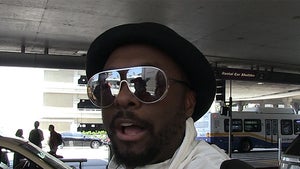