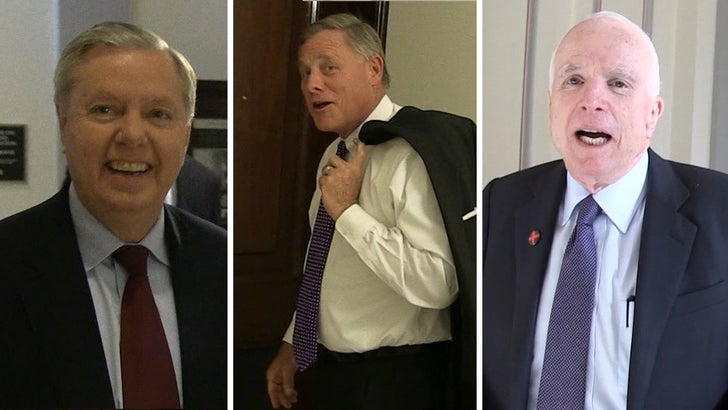 3:33 PM PT -- The Senate Rules Committee just reversed the restriction ... so all is good with hallway interviews.

U.S. Senators just collectively stiff-armed the media -- banning all recorded interviews in the hallways of the Capitol ... unless reporters get special permission.

The new rule essentially allows the Senate to cherry-pick who they talk to and where. It also means our guy in D.C. won't be getting candid moments with YOUR elected officials.

No more Sen. Burr boasting about his committee's TV ratings ... or Sen. Graham advising President Trump on his golf game ... or Sen. McCain pouring his heart out to Ashton Kutcher.

Hallway interviews will still be allowed if approved by the Senate Rules Committee, the Senate Sergeant At Arms or the Senate Radio and TV Committee. 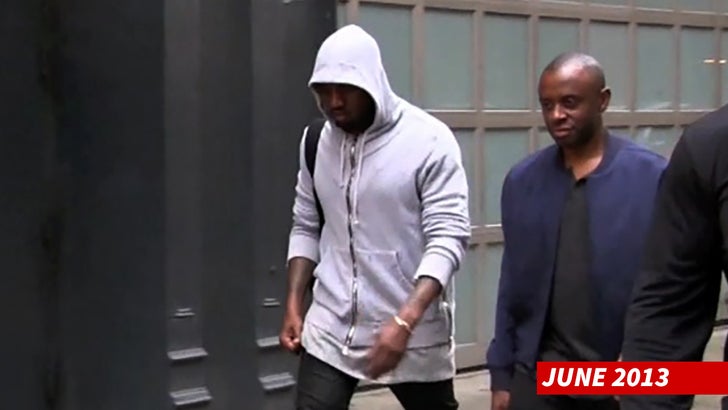 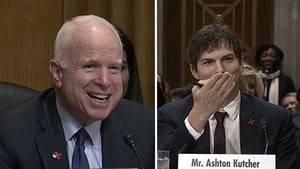 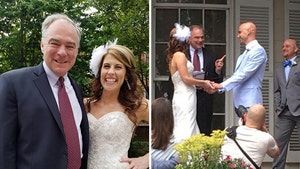 You Might Want to Rethink Breaking News Politix News